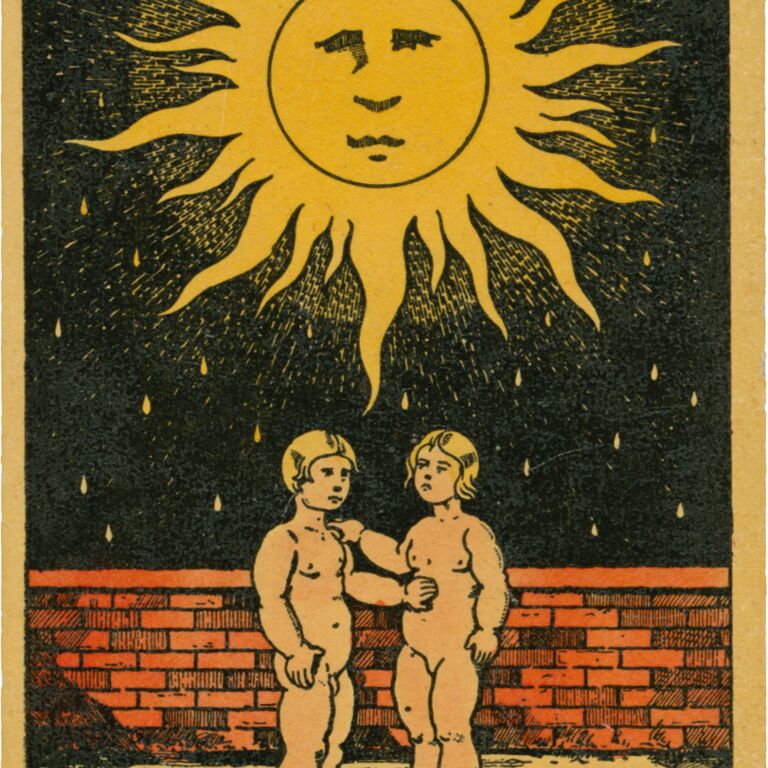 010281 Horev-Klub, Prague. Tarot. Design: Pierre de Lasenic (Petr Pavel Kohout, 1900-1944) and Vladislav Kužel (1898-1965). 78, complete. Color lith., 105x69 mm, round corners, no index mark. Backs: Ornamented frame with the suit-signs of the deck, the anagram „ROTA“ and the monogram made of the initials „LP“ of the designer, red.
Maker’s name on the box. Circa 1938.
Lit.: Comp. Kaplan III pp. 458 and 461.
The name of the deck „TAROT“ on the box is subtitled (own translation): Complete game of the 78 arcana of the Book of Thot“. Kaplan reproduces a few cards from the somewhat modified reprint in black and white issued after the war. Our original color version was republished in 2001. The Horev-Klub was founded in 1937, but already disbanded by the Gestapo in 1941.
Somewhat damaged illustrated OBox, 8 of Batons somewhat damaged, slightly worn.