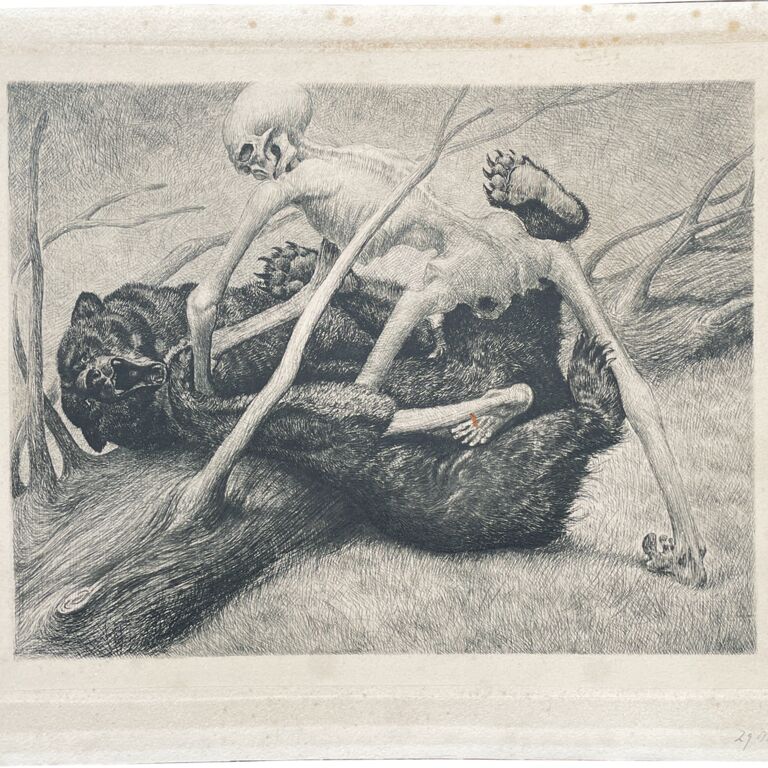 310395 GENRE, TRADES, GEOGRAPHY Louis Moe (1857-1945). Death and bear. Death as a grim skeleton has attacked a bear and turned it over on its back. Bottom right inscribed in pencil „29 Marts (?) II“. Etching. 333x413 mm. Backs: Plain. 1929?
The roman 2 in the lower right corner refers to the number in the catalog raisonné, opus 2. Louis Moe was born in Norway, but moved to Copenhagen at an early age, where he remained until his death. Among other things, he has illustrated a great many children’s books.
Slight browning to the edge of a former frame and faintly foxed in the outermost white margin, the white back side somewhat soiled and with brown paper tape along the edges.

We try to reduce the use to a minimum and only use necessary and systemically relevant cookies.

Cookies in this category are required for the basic functions of the website. They serve to ensure safe and proper use. Therefore, this option cannot be rejected.