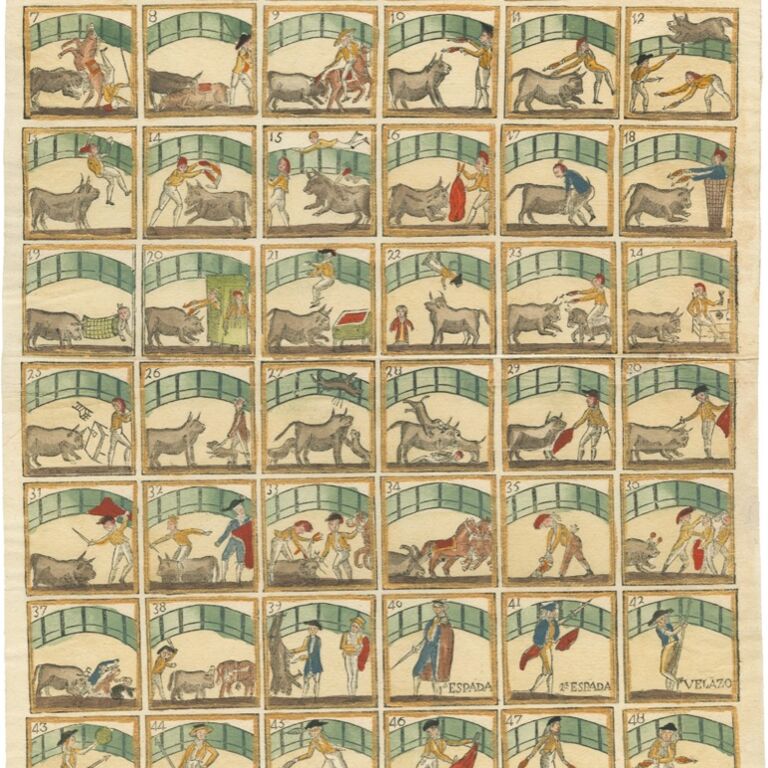 310178 PICTORIAL SHEETS Maker: Librería de Piferrer, plaza del Angel, Barcelona. 48 small pictures illustrate a bull-fight at the beginning of the 19th century, the last ones being portrays of famous toreros: Velazo, Moreno, Lopez, Ruiz, Mauri, Canario and Patata. Hand-col. woodcut, enhanced with gilt. 415x293 mm. Backs: Plain. Circa 1820.
According to A. Duran i Sanpere (Populäre Druckgraphik Europas. Spanien. Munich: Callwey, 1971, p. 48) the publishing house Piferrer did already exist in the 2nd half of the 18th century under the direction of Tomás Piferrer. Later it was managed by Juan Francisco Piferrer. Each picture is framed in gilt. Nice and impressing sheet.
Margins somewhat trimmed, repaired lack of paper in the upper right (white) corner, small wormhole in the right white border, faint horizontal folding mark through the middle.